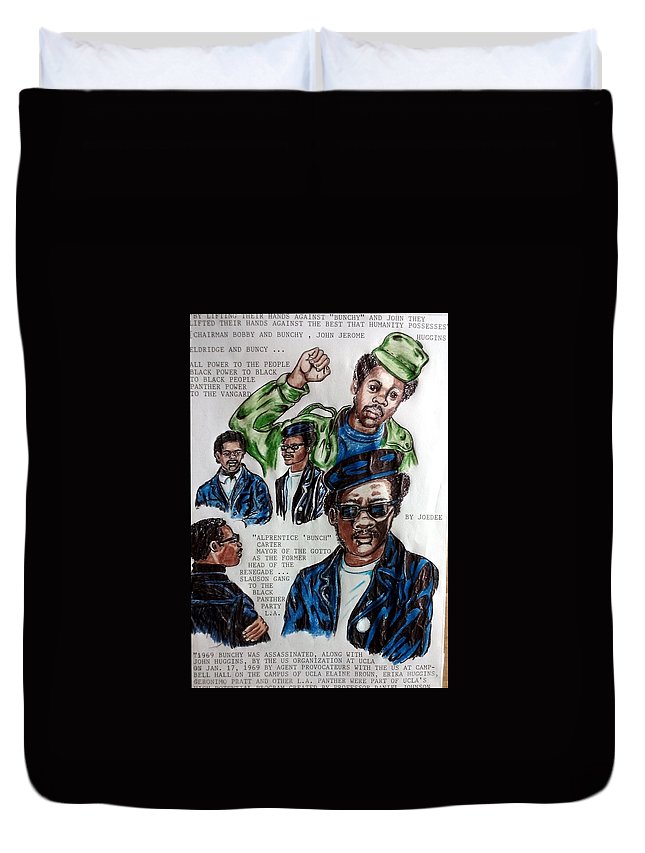 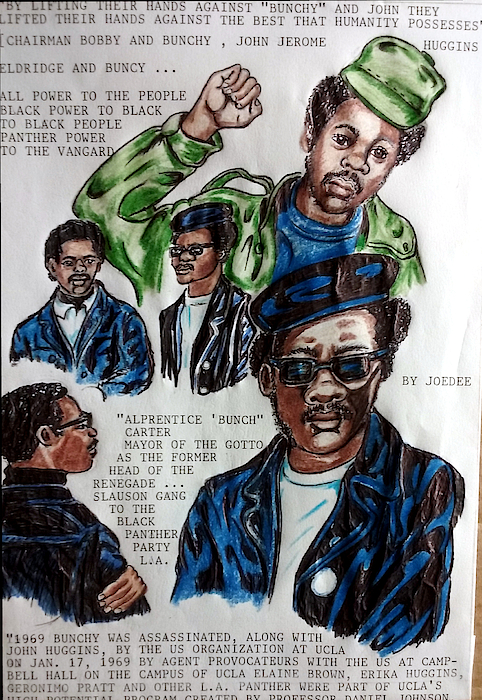 Queen duvet cover (88" x 88") featuring the image "Alprentice Bunchy Carter, an L.A. LEGEND " by Joedee. Our soft microfiber duvet covers are hand sewn and include a hidden zipper for easy washing and assembly. Your selected image is printed on the top surface with a soft white surface underneath. All duvet covers are machine washable with cold water and a mild detergent.

By lifting their hands against Bunchy and John they lifted their hands against the best that Humanity possesses" Chairman Bobby, Bunchy, John Jerome Huggins and Eldridge... "All Power to the People, Black Power to Black People, Panther Power to the Vanguard" Alprentice "Bunchy" Carter, Mayor of the Ghetto, as a former head of the Renegade Black Panther Party in Los Angeles. In 1969, Bunchy was assassinated, along with John Huggins, by the US organization at UCLA on January 17th 1969 by agent provocateurs with the US at Campbell Hall on the campus of UCLA. Elaine Brown, Erica Huggins, Geronimo Pratt and other Los Angeles Panthers were part of UCLA's high-potential program created by Professor Daniel Johnson