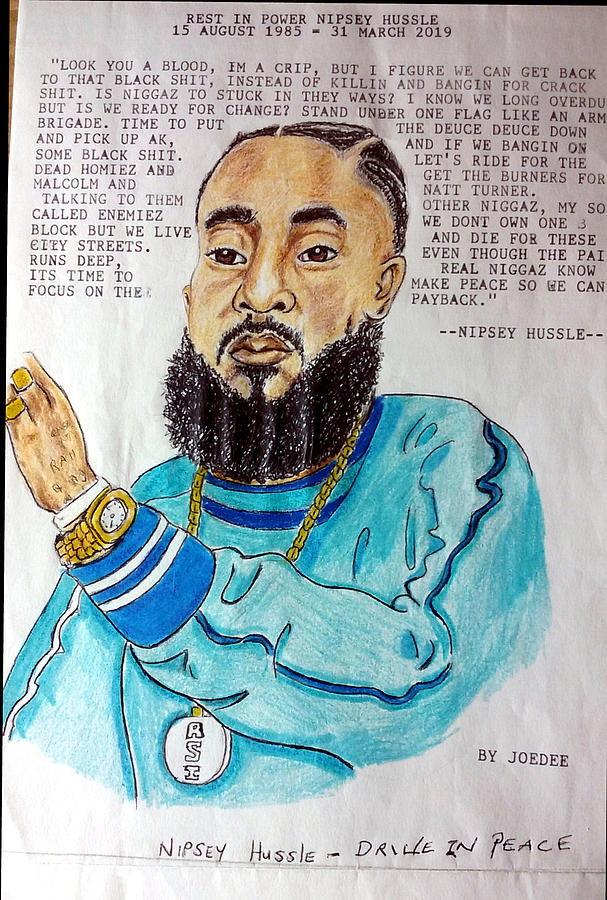 Look you a Blood, I'm a Crip, but I figure we can get back to that Black shit, instead of killing and banging for crack shit. Is Niggaz to stuck in their ways? I know we long overdue but is we ready for change? Stand under one flag like an army Brigade. You put the duece duece down and pick up AK, and if we banging on some black shit. Let's ride for the dead homiez and get the burners for Malcolm and Nat Turner. Talkin to them other niggaz, my so-called enemies we don't own one block but we live and die for these city streets. Even though the pain runs deep, real nigggaz know it's time to make peace so we can focus on the payback.
-Nipsey Hussle