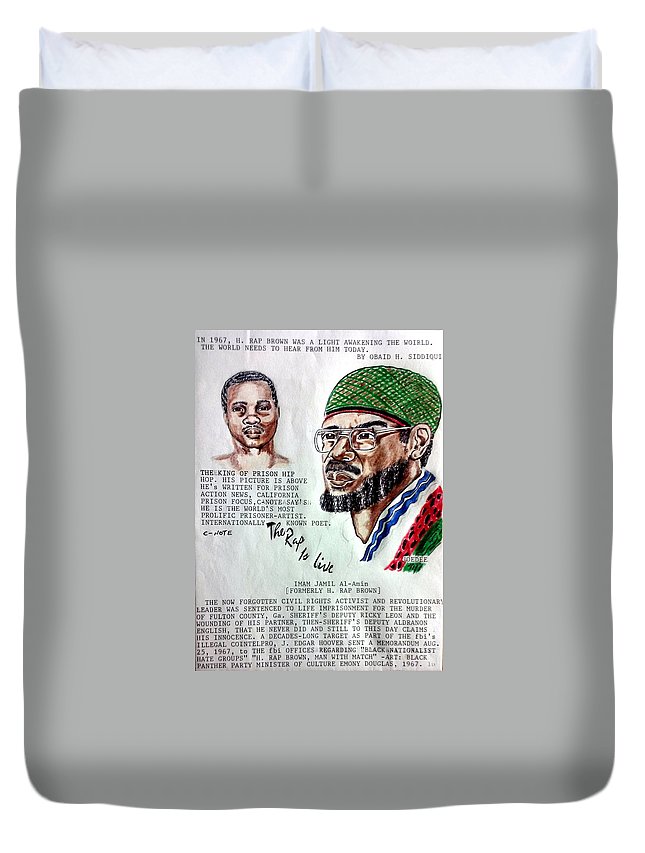 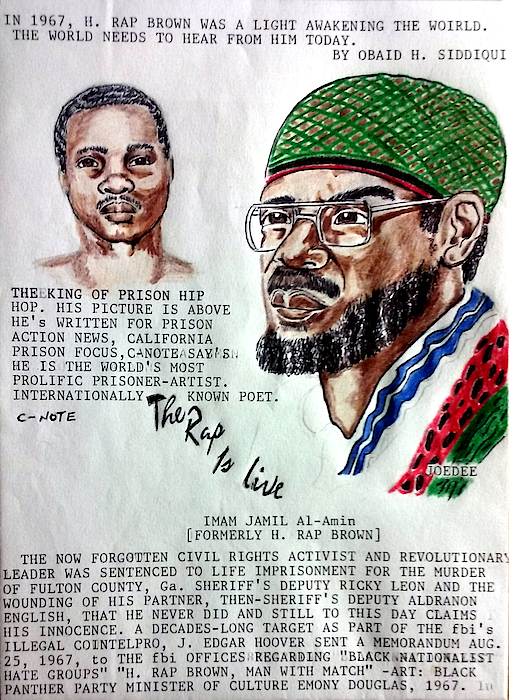 Queen duvet cover (88" x 88") featuring the image "H. Rap Brown featuring C-Note " by Joedee. Our soft microfiber duvet covers are hand sewn and include a hidden zipper for easy washing and assembly. Your selected image is printed on the top surface with a soft white surface underneath. All duvet covers are machine washable with cold water and a mild detergent.

In 1967, H. Rap Brown was a light awakening the world. The world needs to hear from him today, -Obaid H. Siddiqui... more

In 1967, H. Rap Brown was a light awakening the world. "The world needs to hear from him today," -Obaid H. Siddiqui The King of Prison Hip Hop. His picture is above. He's written for "Prison Action News," and "California Prison Focus." C-Note is the world's most prolific prison artist, an Internationally known poet. Imam Jamil Al-Amin, formerly H. Rap Brown, the now forgotten civil rights activist and revolutionary leader was sentenced to life in prison for the murder of Fulton County, Georgia, Sheriff Deputy Ricky Malone and the wounding of his partner, then Sheriff Deputy, Aldranon English, that he never did and still to this day maintains his innocence. A decade-long target as part of the FBI's illegal COINTELPRO. J. Edgar Hoover sent a memorandum August 25th, 1967 to the FBI offices regarding Black Nationalist Hate Groups. H. Rap Brown, "Man with Match," Black Panther Party Minister of Culture, Emony Douglas, 1967.