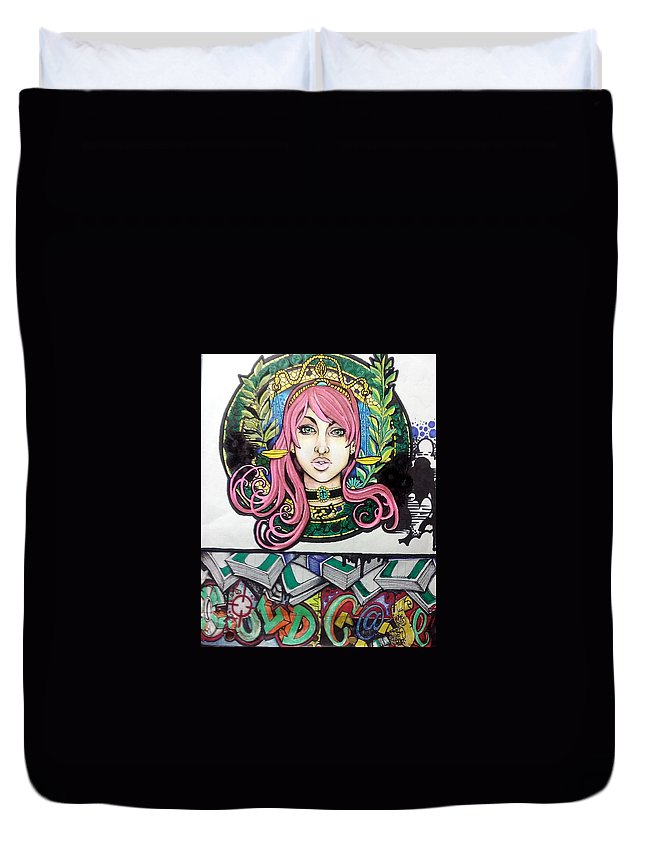 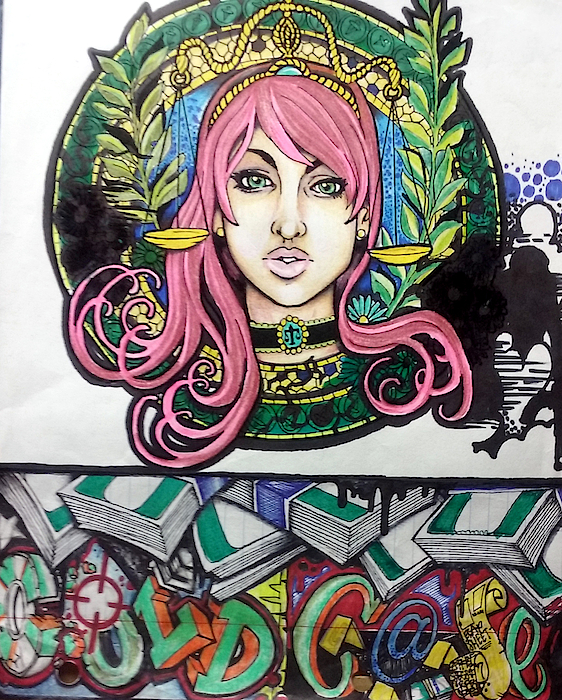 Queen duvet cover (88" x 88") featuring the image "Fake Justice " by Musafiir Salman. Our soft microfiber duvet covers are hand sewn and include a hidden zipper for easy washing and assembly. Your selected image is printed on the top surface with a soft white surface underneath. All duvet covers are machine washable with cold water and a mild detergent.

Fake Justice, is a work by Rialto prisoner artist., Arnold Citizen, aka Musafir. It is an homage to 21st century Protest movements; such as, Occupy... more

"Fake Justice," is a work by Rialto prisoner artist., Arnold Citizen, aka Musafir. It is an homage to 21st century Protest movements; such as, "Occupy Wall Street," "Hands Up, Don't Shoot," and "A Day Without An Immigrant." It comes from a worldview that economic justice is contained in the sweat beads of an individual, "If you apply yourself you'll succeed"; or in the American jurisprudence of law enforcement, "To protect and serve." But in reality it's fake. Like everything else that's wrong with American standards of beauty, of fake hair, fake boobs, and collagen injected lips.