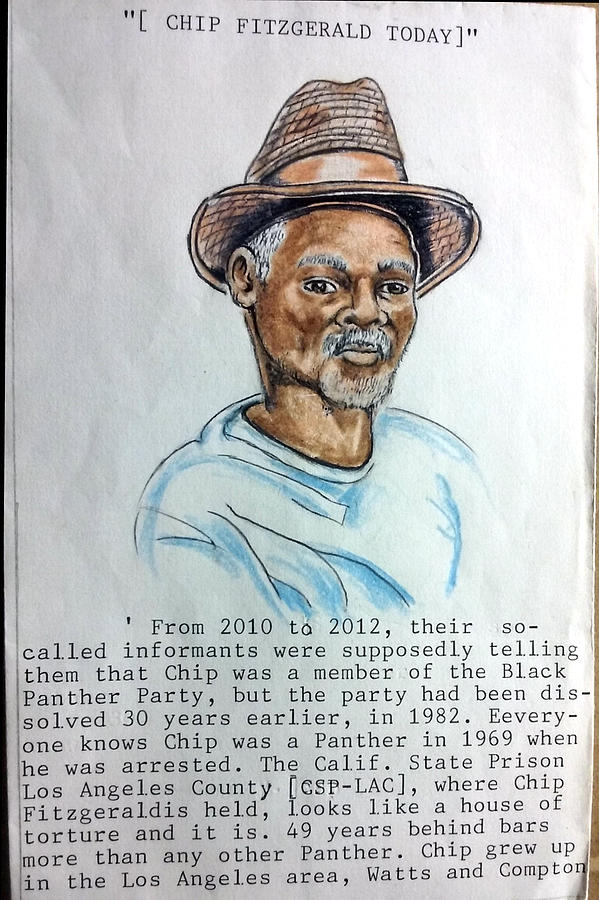 From 2010 to 2012, their so-called informants were supposedly telling them that Chip was a member of the Black Panther Party, but the party had been dissolved 30 years earlier, in 1982. Everyone knows Chip was a Panther in 1969, when he was arrested. The California State Prison, Los Angeles County (CSP-LAC), where Chip Fitzgerald is held, looks like a house of torture, and it is. 49-years behind bars more than any other Panther. Chip grew up in the Los Angeles area, Watts and Compton.