The Untapped Potential Of Prison Art

Previous Next View All 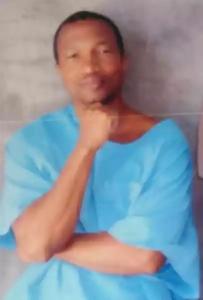 If the 2.3 million American prison population were a city it would be the fourth largest behind New York, Los Angeles, and Chicago, all known for very vibrant art scenes. The American prison culture is a part of the American Street culture. Street art is the biggest art movement in the history of the planet. This is because street art has many points of entry. There is the visual art most commonly known as graffiti art. The legalized form of graffiti is called street art. There is its literary expression in poetry and urban novels. There is an expression in dance, and it’s musical expression in rap. Recently, with the commercial success of the Broadway play Hamilton, even in theatrical works, including spoken word. Its nearest rival would be during the Baroque period. Unbeknownst to most, the father of the American Graffiti movement is Daryl “Cornbread” McCray. Cornbread was exposed to graffiti while in a juvenile prison. There he honed his craft and acquired his artist name, Cornbread. Prison graffiti birthed graffiti which birthed street art, it’s legalized form. Works by America’s top graffiti and street artist in-print-form can go for $100,000 easily. But what about their imprisoned counterpart? The prisoner artist receives no such public support, yet they rival, if not surpass, these artists in their craftsmanship. The prisoner-artist and his or her use of expression is fundamental to rehabilitation and the Restorative Justice movement. Prison art is a primary method of raising funds for legislative reform, prison reentry programs, and to support families with a loved one behind bars. Yet the prisoner is on their own when it comes to acquiring supplies for these endeavors. They receive no monies and very little recognition for their yeoman’s work. This leaves untapped, art, as a potential for rehabilitating the whole person. Art is a means of reforming the prisoner. Before I became a volunteer in the Prisoner Restorative Justice movement, I did not possess this sentiment. Creating art is a very lonely and internal process. It is an applied science. It’s all about figuring out and working out problems of expression. Contrast that, to the prisoner who feeds their senses with a healthy diet of entertainment, from playing cards, playing dominoes, watching television, or listening to the radio. But the artists and their art has to grow independent of this type of diet. When you can get a prisoner interested in the arts, you get a man or woman seeking for a deeper meaning. The imprisoned poet or writer wants to know the etymology of words. The imprisoned visual artist studies the geometry of shapes. Learning english or math because you want better outcomes in your craft, so that readers, seers, or hearers understand you better is transformative. But if America fails to acknowledge her talent gesturing inside her prisons, she is wasting an opportunity for better outcomes in her criminal justice system. I was the brainchild of an art exhibit that combined the works of two men’s prison, and a women’s prison. The women artist were precluded from having their names associated with their art. These artists were gender discriminated because of their sex. The most important element to an artist imprisoned or not, is to get their work out, and their name associated with that work. Failure to receive recognition can stunt the growth and kill the dreams of any inspiring artist. For the prisoner-artist this is especially challenging. Their greatest challenge is to get their work over the prison wall. When we are failing to tap into the therapeutic aspects of art, is there any wonder why our women prisoners have exceptionally high suicide rates? When we are failing to tap into the intellectual development that comes with wanting to improve as an artist, is there any wonder why are prisoners are ill-prepared for reentry? We must upgrade the status of this art form and the artist who apply themselves. Rewarding this type of behavior incentivize other prisoners to model this behavior. I know from experience trying to get other prisoners to participate in art, or to contribute works for fundraising, I am commonly asked, “Why should I?”

C-Note has written for Prison Action News, California Prison Focus, and has been in People Magazine, Public Television-Los Angeles (KCET), and ABC-Los Angeles (KABC). He is also a poet, playwright, painter, and performing artist, whose works have either been exhibited, performed, or sold, from Alcatraz to Berlin. In 2017 Google Search Engine results listed him as both “America’s most prolific prisoner-artist,” and the “World’s most prolific prisoner-artist.”